Per special request a series of posts will deal with practical budgeting. I’m not claiming my way is the right way, or the best way, for you to deal with your money. I’m simply offering the Broke Millennial budgeting/saving system.

On Monday I sat in the airport waiting for my flight back to New York when my phone buzzed with a text message from my Dad reading, “I will put $20 in your account when we get home. Take a cab home or save it.”

Since my departure from the nest my Dad will spring these delightful financial presents upon me in an effort to get me to treat myself. After much deliberation, and even calling my boyfriend for his advice on the situation, I saved the $20 bucks and used my monthly metrocard I’d already paid for to take the bus home. Besides, I need a haircut this week so thanks Dad! 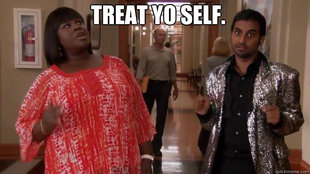 (This is me…well…never. Just kidding, I am still planning on the aforementioned haircut.)

Financial planners, fellow personal finance bloggers and possibly your parents all push the importance of saving money. Many of us have heard that we need to save at least 10 percent of every paycheck and have three months worth of living expenses stashed in an emergency fund. It’s a financial philosophy so deeply rooted in our society it has pervaded into mainstream media. The first time I heard about saving ten percent was from none other than Jack Geller, Monica’s dad on the show “Friends.”

Monica: Because they made me.

Mrs. Geller: You were fired? What’re you gonna do?

Mr. Geller: Judy, Judy, relax, this is our little harmonica we’re talking about. We taught     her well. Ten percent of your paycheck, where does it go?

MONICA and Ross: In the bank.

Mr. Geller: There you go. So she dips into her savings, that’s what it’s there for. She’s     gonna be fine..Aren’t you sweetie? 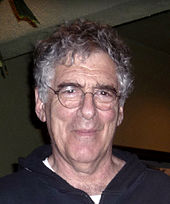 Needless to say, Monica hadn’t saved ten percent of her paycheck and had a rough time financially, for a few episodes. Life’s hard when living in a rent-controlled apartment in a trendy neighborhood with a bedroom bigger than most Manhattan apartments. Okay, rant over.

While it’s great to wax-poetic about the need to save, it’s hard for many millennials to grasp the idea of squirreling away funds when most of us are already scrimping. Unfortunately, I’m not going to empathize, I’m in camp Jack Geller. The time to save is when you’re making money, any money.

Sure, if you save ten dollars each paycheck you won’t amass that ideal emergency savings fund, but you will be in the habit of saving. It’s the habit that is most important. Reason being, when you get a higher paying job putting money aside will be an instinct and you can start to actually put aside ten percent of each paycheck. There are even ways to do this automatically (more on those in future posts)!

Being a saver is a mindset. Some people are raised or wired that way while others constantly battle the impulse to splurge. But if you don’t want to end up like Monica then live within your means, start saving and don’t be this guy (watch until minute 3:09).

(Do yourself a favor and watch the routine.)

*Previously the title read: The Importance of Scrimping when Saving. People apparently don’t find that as catchy.

Stayed tuned for future posts about how this millennial deals with budgets and savings. During the interim, follow the journey on Twitter @BrokeMillennial or subscribe for emails about new posts. Feel free to email feedback or topic requests to brokemillennials@gmail.com.