The Real Housewives franchise debuted with the ladies of Orange County in March of 2006, a year before the great recession. By the time season two aired, the housing bubble had burst and Americans found themselves drowning in debt and unemployment.

Seven years, seven American cities, and 31 seasons later, millions of dedicated viewers have witnessed the housewives’ lavish vacations, extravagant shopping sprees, bitter betrayals, wine-throwing, table flipping, weddings, divorces, and numerous plastic surgeries. But if you take a few minutes to look past the duck lips and tabloid fodder these ladies have given viewers a handbook to a sound financial future. 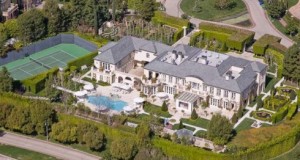 Whether they’re filming in Atlanta or Beverly Hills, each episode features a housewife making an expensive purchase, receiving a pricey gift or breaking ground on her dream home. There is no denying, on camera, all of these women are living the American dream.

While they appear wealthy, much of this lifestyle is fueled by a “keeping up with the Joneses” mentality, which wallets are unable to support. Most seasons feature a housewife declaring she’s actually unable to pay her bills while she gets her fancy car repossessed and stops building her dream home. Lynne Curtin, former OC Housewife, even received an eviction notice while the cameras were rolling.

Lynne, is far from the only one with reported financial issues. She keeps company with current housewives Taylor Armstrong, Teresa Giudice, Kim Richards, Sonja Morgan, and Cynthia Bailey.

Some housewives do have the wealth to back up their elaborate lifestyles. According to CelebrityNetworth.com, Beverly Hills Housewife Lisa Vanderpump and her husband Ken Todd are worth a combined $150 million. Independently, Lisa is worth $65 million. 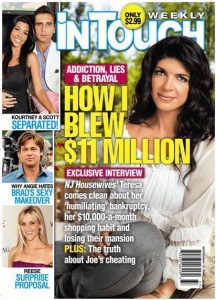 (Moral of this story, don’t get into a pissing contest with your brother about who has a bigger house.)

It’s simple economic math, spending more than you earn creates a deficit. If you create a deficit you won’t be able to pay your bills. However, in an effort to give the illusion of wealth and happiness, a few housewives spent their way into bankruptcy court.

New York City Housewife, Sonja Morgan landed herself in $19.5 million of debt as a result of some bad investments and a bitter divorce. New Jersey Housewife, Teresa Giudice and her husband Joe filed for bankruptcy after amassing almost $11 million of debt on credit cards, mortgages and failed business ventures. The couple withdrew their bankruptcy claim amid allegations of fraud and they agreed to pay back their creditors.

Many other housewives have faced financial woes, particularly as a result of divorce court.

3. The Cost Of Divorce 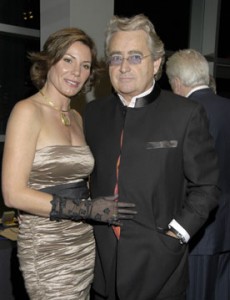 (To have a Count divorce you and then have a real princess join the cast. Life is so hard.)
The show is called The Real Housewives, but numerous cast members aren’t sporting diamonds on their left ring fingers. Over the course of the franchise viewers have watched 17 marriages crumble including Tamra Barney, Nene Leakes, Countess LuAnn de Lesseps, Adrienne Maloof, Jeana Keough, and possibly the most celeb-worthy, Camille Grammer (Kelsey Grammer’s ex-wife).

Amicable or not, divorce is expensive. It requires lawyers, the division of assets, and alimony and/or child support. The Real Housewives franchise shows viewers the drawn-out, costly process of a divorce. Especially when many of the housewives spend years battling for every penny they can from husbands who bankrolled their expensive lifestyles for years.

4. The Importance Of Discussing Finances With Your Partner 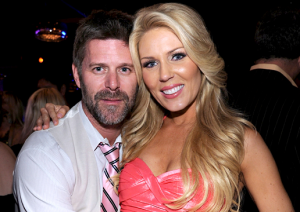 (Here is a woman who turned down an engagement due to a man’s financial instability. They did eventually get engaged.)

Dedicated Real Housewives viewers remember Slade Smiley as the original fame-monger. Slade made his debut in season one as the sugar daddy for OC cast member Jo de La Rosa. After the couple’s relationship imploded, and Slade lost most of his money in the recession, he suddenly reappeared a couple seasons later as the boyfriend OC housewife Gretchen Rossi.

Gretchen strolled onto the show as a blond-bombshell engaged to a gentleman 24 years her senior. Frankly, a drinking game could be made out of the number of times other housewives called her a gold-digger. A season later, Gretchen’s engagement ended and Slade entered stage left as her doting boyfriend, viewers immediately smelled producer’s intervention. But years have passed and the two are still together and *spoiler alert* engaged.

Poor-taste in men aside, Gretchen proved to have a strong financial sense about her when she refused to get engaged to Slade until he took control over his massive debt. An example for many millennials struggling with student loans and consumer debt, Gretchen and Slade prove to be a couple willing to engage in an open dialogue about their finances. Slade may always be the original Real Housewives scumbag, but the couple’s communication skills could defy franchise statistics and create a successful marriage.

5. Final Lesson: Create a Reality TV Show and Get Rich
Sure, The Real Housewives franchise is the ultimate guilty pleasure show. Yes, it perpetuates awful stereotypes about Americans, gluttony and consumerism. Okay, it’s upsetting these women bring in six-figure salaries for getting into cat fights on national TV. But millions of viewers keep coming back for more. Show creator Andy Cohen appreciates your viewership and is laughing all the way to the bank … 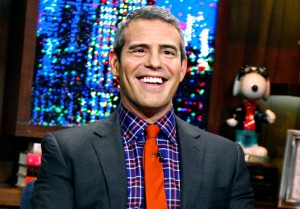 When he isn’t breaking up fights at the reunion shows. 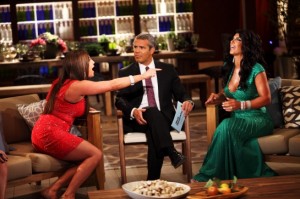 How do you justify watching your guilty pleasure show? What bothers you most about the Real Housewives franchise?
This piece was originally posted on PolicyMic
[Images from Bing.com – commercially available images]