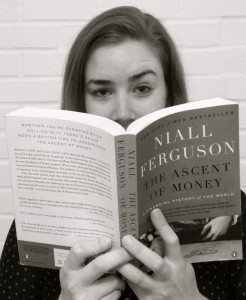 Between when I penned this on Monday evening and Tuesday morning, the New York Observer already debunked Mohammed Islam’s fiction. However, the point of my post goes beyond my great skepticism of his initial claim, so I’ve decided to publish it as is.

Unless you’re one of those people who avoid the news – yeah, yeah it’s depressing – and swore off social media you’ve probably heard about Mohammed “Mo” Islam. The media is already going bonkers calling him everything from the investment wunderkind to Wolf of Wall St Jr. (not a moniker I’d want). In case you’re unfamiliar with Mo, he’s a 17-year-old student in New York City who is rumored to have made $72 million trading. Now, Mo has denied the $72 million figure, but confirmed his net worth is in the high eight figures*.

If Mo’s story is true – which I sincerely doubt – then he’ll be the greatest investor of all time. Yes, beating out the almighty Buffet.

The sensational story of Mo broke in New York Magazine earlier this week and spawned a ton of articles proving journalists were merely regurgitating tidbits from New York Mag instead of doing their due-diligence. Both Yahoo! Finance and Business Insider stepped up to be something of a voice of reason. Yahoo! Finance reporter Jeff Macke wrote, “What Islam is claiming lies somewhere along the lines of Charles Ponzi’s scheme and stories of Paul Bunyon forming Minnesota’s 10,000 Lakes with his massive footsteps.”

But the poor reporting and the ridiculous rumor aren’t what bother me. If Mo did indeed build even a million dollars playing the market all by himself at the age of 17, without seed money from his parents, then good for him.

No, what bothers me is that Mo is a boy.

Story, after story, after story of remarkable investors, entrepreneurs and financial wunderkinds focus on men. A fact I’ve already grown remarkably sensitive to as of late, was further reinforced when I started doing some digging on Mo.

This isn’t the first time Mo earned media attention. In November of 2013, Business Insider published The 20 Under 20: Meet The Teen Traders Trying to Take Over the Finance World. Mo made this list, along with 19 male peers. Not a single girl or young woman in 2013 counted as a teen trader to watch. Where are all the women in finance?

Now, there are notably successful women in business who’ve received a decent amount of press: Sophia Amoruso, Sara Blakely, and Sheryl Sandberg to name a few. But it irks me that the financial world – especially investing – remains largely a boys club. (Seriously, try Googling “best investors in the world” and see who pops up).

Even when you take a quick poll of personal finance blogs, women (myself included) tend to stick to more emotional, less hard-hitting subjects. Instead of dishing out investment advice, we write about how to budget for a family, or handle gift giving or pinchpennies to help pay down debt. (Yes, I’m painting with a broad brush for the sake of argument.)

Personally, I don’t feel qualified to give investment advice. I don’t have a degree in finance. I haven’t taken a Series 65 or Series 6 or Series 7 nor Series 63 exam. I’m neither a CFA nor a CFP. Simply put, all I know of investing is what I’ve read and done myself. I also prefer to keep my net worth and specific investment decisions off the worldwide web.

But perhaps this is where gender roles and stereotypes come into play.

I’ve noticed plenty of male bloggers who don’t have any qualifications other than investing their own money still write about how to invest. And lots of women bloggers who have experience in the field still relegated themselves to the “softer” subjects.

Is it that women don’t feel confident enough to give advice unless we’ve passed a series of tests and certifications while men don’t wrestle with such thoughts? Sexist as though that statement may be, I’m curious why those of us with a double-X chromosome seem less likely to really do a deep dive into a investing and why so few women seem keen on joining the ranks of stock brokers or hedge fund managers?

We push STEM fields now and promote toys, games, stories and educational courses to encourage girls and young women to enter male-dominated fields. Why aren’t we doing this with finance? Why not encourage young girls and women to play in the stock market, become stockbrokers, analysts, or overall mavens of industry?

So, I implore parents to encourage their daughters to consider finance and economics. I implore men to recognize their sexism and encourage women to join their ranks in investing. I request other women writing on financial issues to consider taking on heftier topics. And I hope journalists also start featuring women in articles other than those offering budget tips, or debt repayment strategies or how to afford vacation for a family of four.

And if anyone brings Janet Yellen into this as an argument, that’s the same as saying racism is over because Obama is the president.

*Then back tracked and came clean about earning $0.