This question has been on my mind a lot lately. 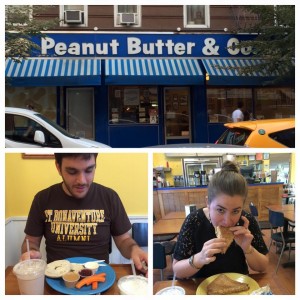 Peach and I aren’t married nor are we are even living together*, but our finances are still intertwined in a unique way because we are dealing with drastically different budgets. Peach is a high school history teacher with student loan debt, while I have a full-time job plus freelance income and no debt. Even discounting the debt, there’s several tens-of-thousands of dollars between our annual incomes.

Our income and net worth disparity isn’t an issue for us day-to-day. I’m not a big spender and relatively low maintenance about what constitutes a fun night out. Peach is the same. We’re both relatively frugal and save to travel and indulge in an occasional expensive experience. We go Dutch on most dates or just alternate picking up the bill. And because we aren’t living together, none of our expenses are linked, except maybe Mosby – but I cover the cost for him 95 percent of the time.

Then a unique opportunity presented itself and for the first time our financial situations were the source of tension.

A few weeks ago a good friend asked if Joe and I wanted to join her and her boyfriend and other friends in Vegas over Fourth of July weekend. My friend’s boyfriend is no stranger to Vegas and actually could get us deeply discounted rooms, even on a holiday weekend. She figured we could keep the trip relatively affordable on a $500 budget for four days – assuming we didn’t fancy ourselves gamblers (which we don’t). This would be my first trip to Vegas and I relished the idea of going with some friends who knew the ins-and-outs of the casinos and general merriment to be had.

The problem arose because this budget didn’t include airfare. Flying across the country on a holiday weekend isn’t exactly thrifty. But I had some frequent flyer miles to burn, but not enough to accommodate Peach in addition to other trips I have planned in 2016 and early 2017. I could also afford the trip if I needed to pay for it out of pocket because I specifically save for travel and usually have around $4,000 earmarked for trips at any given time.

When I first pitched the idea to Peach I’m about 90 percent sure he thought I was pulling a belated April Fools joke. We’d just been talking about how we were going to handle attending seven weddings this year and here I was throwing Vegas into our calendar? Peach, being the kind soul he is, didn’t immediately shut down the idea. He indulged my current travel fantasy for a bit before gently trying to bring me down to earth by redirecting my focus to the aforementioned seven weddings, the two bachelor parties, one bachelorette party and bridal shower, as well as a couple of previously booked trips we had to handle.

When what’s mine isn’t yours…

Then, I started to get defensive (in my head)…

I had already budgeted for all those trips and still had money left over to blow on a trip to Vegas if I wanted. Sure, Peach wasn’t asking me not to go, but my mind started to spiral with rebuttals anyway. Why shouldn’t I get to go if I wanted to go? He didn’t have to come if he felt it was too big a budget buster. After all, we’re not married. I can do what I want with my money. Sure, we’d talked about having a relaxing Fourth of July at home in NYC – but those plans weren’t set in stone.

As my brain stopped yelling in indignation, I recognized that I’d want him there with me to enjoy the experience together – especially with it being more of a couples’ trip.

If we were married…

The odd part of all this posturing is that I knew this conversation would be so much easier if we were married. If we were married then our money would be joint and it wouldn’t seem emasculating or slightly outrageous for me to pay for a trip, because again, it’s a joint pot. If we were married, then we’d have 100 percent transparency about our budgets and spending habits to see if we could mutually afford the trip. Currently, we’re pretty open in communication but there isn’t access to each other’s funds or regularly updates about our individual bank accounts. 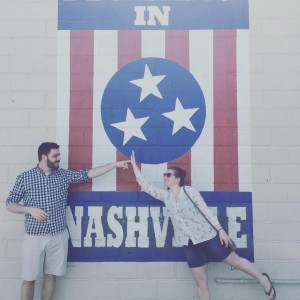 Being long-time partners who don’t share our finances does make certain aspects of life just a little more complicated, particularly because our incomes and net worths aren’t equally matched. I also hate to say it, but it’s seemingly a bit more awkward when the woman is the higher earner. It wouldn’t be strange if I was a man talking about taking my girlfriend on vacation, but somehow it can be emasculating if a woman pays for her boyfriend to come along.

Peach does an incredible job of being progressive about our current income disparities and doesn’t begrudge me for out earning him nor does he get defensive if I pick up a bill here and there. Then again, it’s likely this disparity in income may not last forever. You never know what the future will hold for either of us and therefore it’s important we don’t allow money to set up some sort of power structure in the relationship.

I respect that he chose a profession that’s incredibly important, but isn’t compensated the way he deserves. I respect we come from different backgrounds and the choices I made about college meant I graduated debt free and he ended up with student loans. I respect that we find value in different things and aren’t always going to see eye-to-eye on when and how to spend money. And right now, I have to respect that it just makes more sense for us to save our money (and take some down time between weddings) and do Vegas another time.

How Peach and I avoid constant arguments over money

*We’re living together now and engaged! But we are still keeping finances separate until after our wedding in September 2018.

35 responses to “Balancing Unequal Incomes in a Relationship”