After my lesson in start up costs, I decided the next business venture shouldn’t require seed money from my father. Unfortunately, there are limited options for a seven year old striking out into the business world. After a few failed attempts at friendship bracelets and paint-by-numbers sales I had a break through in the pet sitting business.

Our next-door neighbors had a cat named Bonnie. Bonnie embodied evil. She would lurk behind the couch near the door. When I stepped over the threshold she’d propel herself towards me hissing and swiping the air with her claws. For five dollars a day I braved the possibility of death by satanic cat and diligently cleaned her kitty litter and put out fresh food and water each morning and evening. 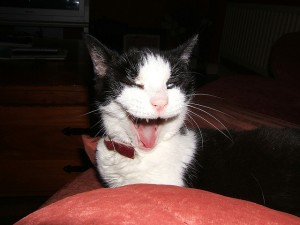 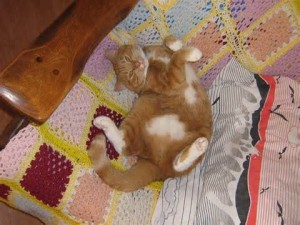 (What was probably happening)

Needless to say, I still am not a fan of cats and would much rather rough house with a German Shepard. 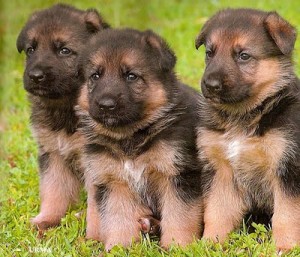 (Yes, I deliberately juxtaposed an adorable puppy photo with the evil cats.)

The money from taking care of Bonnie went right into my childhood savings fund, a candy tin hidden in my closet. Perhaps the threat of my money being taken created the need to hide it (years later I was devastated to learn about taxes). I filled up that tin can with dreams of buying my first car, a red Mitsubishi Eclipse. 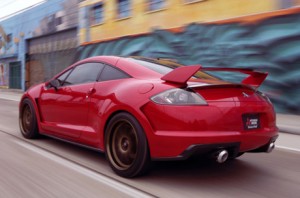 (No, this did not end up being my first car.)

The dreams of buying a car at 16 died when my family moved overseas and getting a driver’s license was impractical and improbable for a young gaijin. Instead, the pet sitting empire expanded.

Those early years of pet-sitting taught me how to earn my own money and more importantly to save it. With no living costs, except entertainment, I could bank most of my earnings and routinely would save up for large purchases or just save “for the future.”

A decade after my tussles with Bonnie, on the eve of my departure to college*, my father gave me a book called The Rules of Money by Richard Templar. Rule 27 read, “Start Saving Young (or Teach Your Kids This One If It’s Too Late For You).”

Mr. Templar suggested coming up with a “figure” to save from each paycheck. He wrote that he personally put aside 50 percent. Not to be outdone by the man, I put aside 50 percent of all my paychecks in college in order to create a “nest egg” for my post-college adventures. I dreamed of a going to Australia for a year or back-packing through Europe for a few months.

In reality, neither of those happened, but I did end up needing a savings cushion. My first “real world” job brought me to New York City, the United States’ most expensive city to live in. A land that requires 50% of my current paychecks to pay rent. But my first “real job” paid about $200 bucks a week. An amount that didn’t even cover a month’s worth of rent. More on that to come.

Saving your money from a young age is one of the greatest financial lessons to learn. I don’t, however, recommend saving it in a candy tin, even if you are eight. As my father says, “Compound interest can be your best friend or your worst enemy.” More to come on that too.

* Ironically enough, my college mascot was “The Bonnies.” Political correctness forced the University to change from the original mascot, the Brown Indians.

2 responses to “Bonnie: Why I Hate Cats And Love Saving Money”