The following article is a guest post from Chelsea of Broke Girl Gets Rich.

Even though I was able to save almost $1,000 for my 2015 premium costs during this years’ open enrollment period, I still can’t get over what a joke it is that the “Affordable Healthcare Act” has skyrocketed my premium costs and my out-of-pocket expenses, rendering my health insurance basically useless.

There has to be a less expensive way to deal with this.

But, whether or not US politicians and health care leaders figure out how to pass an actual Affordable Care Act any time soon, there is a way to get insanely affordable, quality healthcare: fly overseas.

Yes, I’m serious. Get on a plane and go to a doctor.

No, not for a regular checkup – but for any non-emergency health procedure or surgery that would otherwise cost you an arm and a leg.

How I Reduced Thousands of Dollars to Less than $300 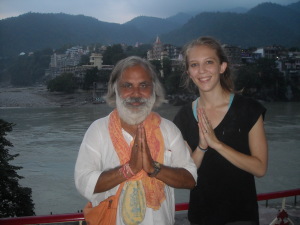 Here’s the thing, I’m self-employed, so the only “affordable” health insurance policy I could find was $140 per month, and I have to pay $6,600 out of my pocket before my insurance company so much as hands over a penny.

But I’m kind of lucky in the sense that life led me to living in India for two years, where healthcare is readily available and inexpensive.

Before moving out of India in November, I went on a doctor appointment spree: any doctor I could think of, I visited.

I knew I could never afford to do the same thing once I arrived in the US, and I was due for some check-ups.

Here’s the breakdown of my costs in rupees to dollars.

In my last week in India, I went to the gynecologist for a routine checkup. She discovered a pin-head-sized cyst on my cervix.

She assured me that it was nothing to worry about at the moment, but that I should get another checkup in three months—there was a tiny chance, that if it grew, it would have to be removed in an out-patient procedure involving anesthesia.

I looked it up online, and she was right—chances are high that I won’t have to do a darn thing about it.

My dad recently had an out-patient procedure on his eye, and his bill for just being a patient in the hospital for four hours (not to pay the surgeon or the anesthesiologist or anything) was $24,000. No, that’s not a typo. Thank goodness his company provides decent insurance, right?

I’d say it’d be worth jumping on a plane.

It turns out I’m not the only one who’s stumbled upon this incredible money-saving hack. Centers for Disease Control estimates that 750,000 Americans go abroad every year for some kind of medical treatment, mostly for the purpose of saving money.

Patients Beyond Borders has a little higher estimate, guessing that 1.2 million Americans went overseas for medical treatment in 2014, and that the medical tourism market is worth up to $55 billion.

This money-saving thing is a real deal: MedicalTourism.com has a chart of cost comparisons for different countries on a procedure-by-procedure basis. The prices are from 2013, but they can still give you a great idea of what you’d end up spending.

For example, Lasik eye surgery (which usually isn’t covered by health insurance at all), costs $4,400 for both eyes in the United States, $1,800 in Costa Rica, and just $477 in Malaysia.

I realize some people claim that health standards may be lower in some of the places people travel to for medical tourism, especially the cheaper countries—and that may be true, to a point.

But I was in one of the cheapest places, where you can save up to 90% on a medical procedure, and I had nothing short of an incredible experience with all of my doctors. The offices were clean and the treatment was very thorough. (Though I would suggest avoiding public hospitals in India, opting for private care instead.)

To make sure you get the best care possible, all you need to do is contact a few doctors ahead of time and ask for a consultation. These meetings are not expensive and will help you find the doctor (and office) you feel most comfortable with. I saw two dermatologists before choosing the one I liked the best to remove my moles, but other than that, I had no problems with the first doctor I went to throughout my entire stay in the country.

11 responses to “Hack the Cost of Healthcare with Medical Tourism”