This story is part of the Broke Millennial No More series.

Growing up in an immigrant household money was never a topic. My parents measured wealth by the fact that they were in a democratic country where they could feed, clothe, and house us. My parents were illiterate in the conventional sense, having never completed primary school, and financially as well. I didn’t know what savings were, what budgeting was, or money management.

Like many children, I grew up with an allowance, but unlike many, it wasn’t tucked away for that thing I wanted. I spent the money on junk. Giving a kid $5 a week back in the 90s, and no rules, was a horrible foundation to lay. My first real job wasn’t until I was 16, and by then I had no better understanding of money than when I was younger – in fact now it was worse. I blew every paycheck on eating out, clothing, and such. If I ran out, I just asked my parents for more, and they would hand it over. (I can almost hear the financially savvy groan at this statement.)

Then I decided to get married in my early 20s and have a baby, setting myself up for financial ruin. The next decade was spent making bad decisions, bouncing from one job to another, and living paycheck to paycheck. This time I had an accomplice, my partner in crime and life, my husband. His money mantra (get ready to die a little inside): “if I have money today, there is no need to worry about tomorrow” (told you) was like pouring gasoline on a fire.

When I turned 30, I took a hard look at my life as a whole, and it stunk. I had absolutely nothing to show for the last two decades, except for collection letters, mountains of debt, and a credit score so low that the thought of rehabilitation seemed like an unattainable task. However, after being introduced to The Financial Diet and then Broke Millennial among other financial blogs, I sat down and took a hard look at where I was and where I wanted to be.

My first step was to find out where all my money was going. I meticulously tracked every expense using the Mint app. After figuring out where the money was going, it was time to cut back on the non-essential: fast food, fast fashion, and nonsense spending. I set a budget allowing myself to use credit, but my partner only cash. Just these three steps freed up $1000 per month in our budget, enabling us to pay back a loan we had immediately.

The next step for myself was to get a bank account (which I hadn’t had in years) and then a credit card. I am now proud to say I am the owner of both, plus an investment portfolio, a separate savings account, and an investment account separate from my bank through the app Milo, which rounds up my transactions and invests the change.

I had gone from spend, spend, spend to a money saving and investing machine. The importance of investing I learned from you [Broke Millennial], and the importance of automating everything from day-to-day life but still earned me extra cash. Using apps like User Testing, which makes me about $20-30 a month, an ESL teaching job, and food ordering service (which I can do from the comfort of my computer and home during my late hours, which would otherwise be spent scrolling through social media), I was able to earn another $600 monthly. Finding these jobs took a little effort, and I just sent out a couple of dozen resumes, but I had nothing to lose.

Now I can save for all the things I want to, I am throwing money at my student debt, and living comfortably, too. I no longer have to worry whether this month or the next will be our financial ruin. I still don’t consider myself wealthy, far from it, but I now think of myself as financially literate. 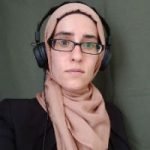 Souroush Jabbar is a serial professionalist, uni student, and study hustle aficionado. She spends her free time looking to add to her growing streams of income and continuing her financial education.

Disclaimer: Any products, banks, or companies mentioned in this article should not be taken as an endorsement from or by the Broke Millennial brand.

4 responses to “From Rags to Broke No More”