I’ll never forget when I first moved down to Florida and called to update my car insurance. As we went through my limits and deductibles, the agent on the other end let me know my new minimums required by the state and they were much higher than what I needed when I lived up north. “Florida is like the Wild West,” he told me, describing the roads filled with reckless drivers, fast speed limits, and many uninsured motorists.  It was just a couple months ago when I called to inquire about my premium that had been raised despite no tickets or accidents, and they told me I was in a “high-risk area”. I’ve always understood the importance of car insurance and yet I had been paying for years without ever filing a claim.

I have a long commute to work – 30 miles one way, taking me anywhere from 45 minutes to an hour. In the 5 years since I’ve graduated college, I’ve always had a similar commute so it’s something I’ve grown accustomed to and, as you can imagine, I spend a lot of time in my car and on the road.

On a recent Friday morning, I found myself involved in what makes Florida’s insurance rate so much higher than much of the country. Just minutes from work, I was on the highway and forced to slam on my brakes, following the domino effect of cars in front of me as we all tried to avoid a person merging diagonally across 5 lanes of traffic. I knew I wouldn’t stop in time to avoid rear ending the driver in front of me, so swerved into the next lane. I was hit in the back-passenger corner of my car, sending me sideways across traffic. As I waited for my car to stop moving, someone else hit the front of my car as I slid into the wall and came to a stop. Everything happened within 30 seconds.

After realizing I was okay, I jumped out to examine my car, my year and a half old car that I was so proud to be owning after driving the same used car since high school. My air bags didn’t deploy and my tires weren’t flat but the passenger side of my car was banged up. Myself and the other two drivers involved waited for the police and I called my insurance company to report the accident. Unfortunately, the accident was determined to be my fault by the State Police as the cars stopping short in front of me did not end up crashing.

I waited all weekend for the insurance adjuster to come out and review my car. I knew that insurance companies totaled your car when the cost of fixing the damage is close to or exceeds the value of the car, and I thought it might be close, but I was confident they would fix my car. After all, my car was practically new and totaled cars I had seen previously looked much worse than mine.

On Monday, I got the call that they were declaring my car totaled. This was a worst-case scenario. Not a fan of car shopping to begin with, I now had to do it on a tight schedule and a strict budget. Insurance gave me a week with a rental car, factoring in that I would want to do my car shopping the following weekend.

I got more nervous when I saw how much my insurance was going to give me for my now-totaled, like-new car – less than $10,000. The insurance adjuster decides on this amount based on the value of my car, mileage, condition of the car, and the going price of similar cars for sale in my area and broke down the details in a very thorough document. That amount also doesn’t factor in dealer fees, new registration fees, and state taxes.

For some people, I could see how having your car totaled might not be a big deal, and it might even be fun to get a new car. But as someone with a tight budget who had bought a brand new car at the end of 2016, I wasn’t looking to have any car related costs outside of regular maintenance for at least a couple years. I also knew that I would not be buying another new car for the amount I was getting from insurance. I spent all weekend looking before finding a used car of the same make, model, and year.

While I could have financed the car and paid it back in a couple months, I preferred to pay for the car upfront. After the check I received from insurance, I ended up paying $1,300 to get “my” car back.

I have been working diligently at growing my savings since growing out of my financially reckless early twenties and even a year ago would not have been able to pay that amount without months of careful planning. Of course, I am still waiting for the other shoe to drop – which is my insurance premium.  I am not sure yet how much it will go up, but I know it will be very significant.

This accident also reminded me why I had started taking saving so seriously in the first place – I don’t like to feel out of control of my finances. Now that I have less of a security blanket in my savings, I want to work twice as hard to put it back and have a cushion for my next unforeseen emergency. I am glad I have transitioned out of being a broke millennial so that I could afford the out of pocket expenses for the car without having to worry about how I would pay for my rent and other pre-planned expenses for that month. Now back to saving! 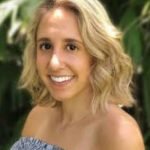 Kaitlyn Vadenais is a twenty-something living in sunny south Florida. She works out for fun, loves learning new things, and has a weakness for Swedish fish.

Disclaimer: Any products, banks, or companies mentioned in this article should not be taken as an endorsement from or by the Broke Millennial brand.