In the midst of writing under deadline for a client I glanced at my wall calendar and noticed the next day was January 24. Why did that date seem important? The question nagged in the back of my mind for a little bit. A quick Facebook check confirmed I wasn’t missing an important birthday. Peach and I have our anniversary in September…but anniversary…then it clicked. I’d completely forgotten Broke Millennial’s birthday! Perhaps it’s like a couple that’s been together for so long they sort of forget about the anniversary dates. 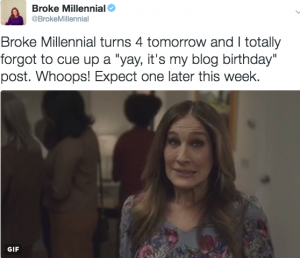 Four years ago I just wanted to write funny stories and help some of my friends get their financial lives together. This blog has changed the trajectory of my career, twice. It helped me achieve a childhood dream, just not in the way I expected. It’s allowed me to travel more both personally and professionally. It’s lead me into a world where I’ve created offline, real-life friendships with women and men whom I greatly respect.

And most importantly, I’ve learned there’s just no way to get a good still shot of yourself talking. 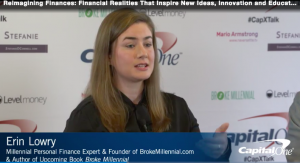 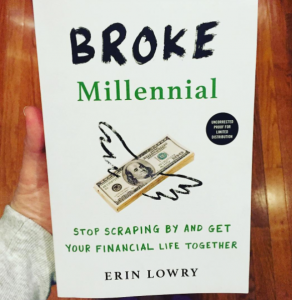 I detailed a lot of my goals in my first post of 2017, but Broke Millennial-specifics ones include:

THANK YOU so much to you, you person reading this right now,  for reading/subscribing/following/commenting/emailing/making this site become more than the ramblings of just another millennial.

24 responses to “Reflecting on 4 Years as Broke Millennial”